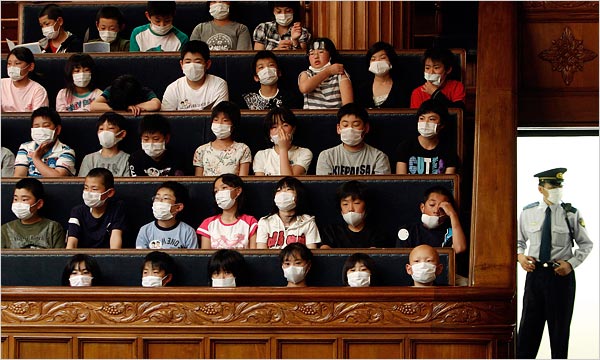 When people think of Global Positioning System (GPS) phones, they usually picture a cellular phone that can be used to get to different places when driving. Now, recently after Japan’s largest cell phone carrier Softbank Mobile made a deal with Aoyama Gakuin University to provide iPhone 3Gs to 1,000 students in order to keep track of their attendance to classes using the phone’s GPS, a new test is being planned.

Softbank Mobile now plans to give 1,000 elementary-school students GPS phones in an effort to see how cell phones with GPS capabilities can track the spread of an infectious disease and stop it from becoming a pandemic. This government-backed test is a part of the effort to promote Japan’s internet and cellular communications to new users.

The experiment uses a highly contagious virtual illness which will “infect” several students at some time in the near future. The movements of those students will then be tracked via their cell phones and compared with the movements of other students in order to determine which children have crossed paths with the infected students and may have contracted the disease. Parents of the infected students will be sent messages by cell phone on how to treat the illness and what doctors to visit. Other details about the test are still being worked out.

The Japanese government hopes the test will should how infections can be more controllable in real-world situations if an infectious disease proved to be threatening. However, the test also presents controversy over privacy issues since the government and corporations would have access to and be constantly recording private information regarding people’s whereabouts.

Get a Health Plan Quote Today!